Learning with Love and Laughter

This week we followed the children’s interests and set off on an adventure into space. The children have been creating their own aliens and space ships in the workshop. In music we made up our own alien language after a spaceship arrived on Monday morning and landed in the nursery.

We are continuing with the children's Space and alien interest this week and will continue into Spring 2 half term. We have read the story of Aliens Love Underpants and made symmetrical patterns on alien underpants. Some children worked as a team to make an alien number line and we tested materials to see which ones would be waterproof as Leckie The Alien needed a new u for umbrella..... We even washed alien underpants ! We hope you have a super holiday and look forward to seeing you next half term. Thank you for your support.

On Thursday we read The Gingerbread Man. Look at the photographs below to find out what we got up to linked to the story.

"Trip, trap, trip, trap, who's that trip trapping over my bridge?"

We have been making lots of bridges using a variety of resources. The children were brilliant problem solvers! 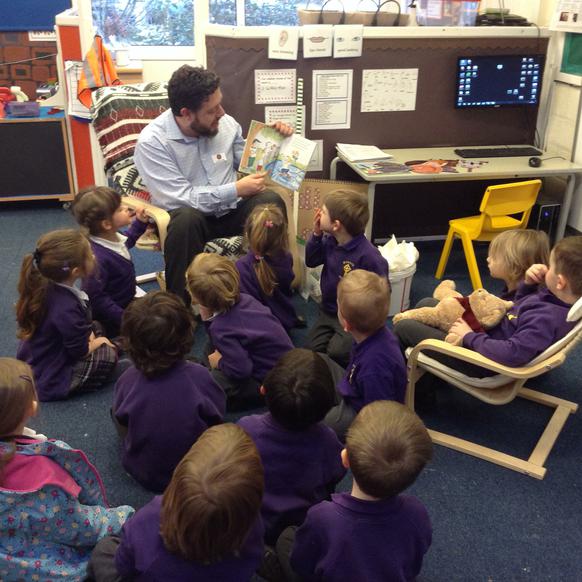 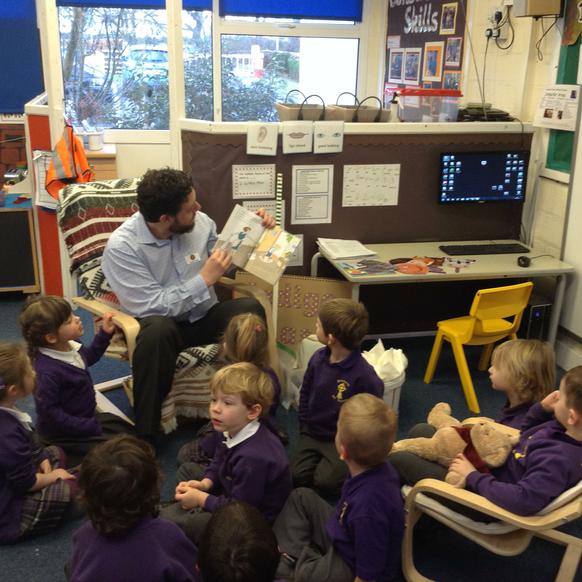 It is story telling week this week. On Monday we heard all about 'Little Red Riding Hood'. Mrs Cameron taught us how to play 'What time is it Mr Wolf?'

Our number rhyme this week is 'Five little men in a flying saucer'. The children helped act out and sing the song 5, 4, 3, 2, 1 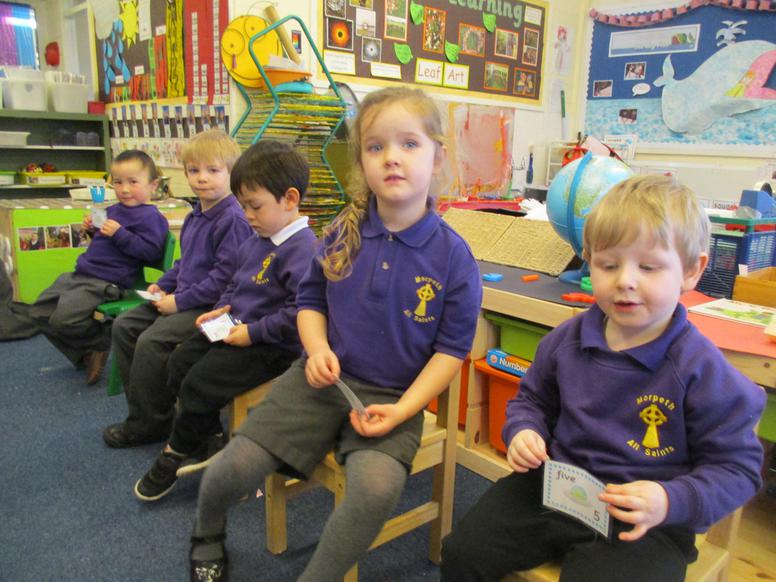 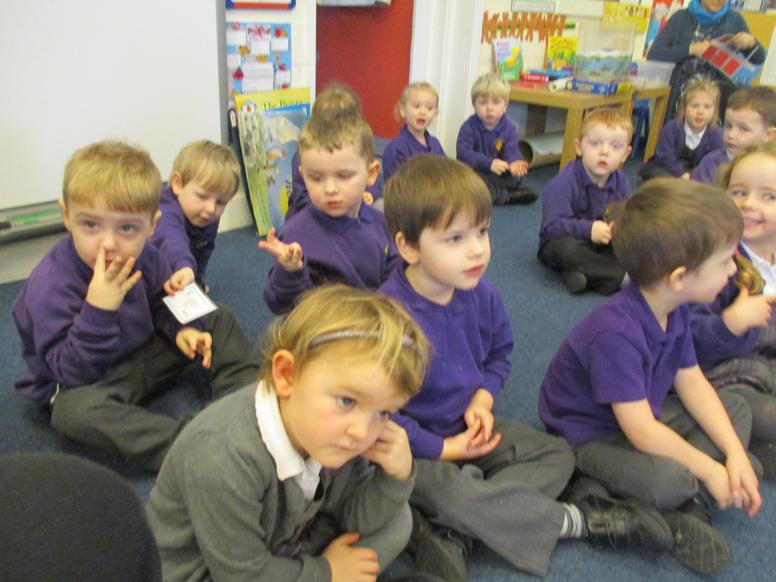 This week we have continued our theme of measuring and have also been thinking about rhyming words. We have measured broomsticks with cubes, made broomsticks of various lengths to compare and also made long or short tails for mice and streamers for kites, to fit in with our letter of the week. We enjoyed finding pictures for our rhyming potions and popped our detective hats on to listen for rhyming words in our stories.

The Queen of Hearts she made some tarts. Mrs Cameron stole the tarts and took them right away! Luckily we got them back. Morning Children:

We discovered that our yard had been covered in a layer of snow when we came to Nursery. Even though it was very cold outside, we wrapped up and went out to explore. We discovered that we could make patterns in the snow wth our hands, fingers and the bottom of our shoes. Some people managed to make tiny snowmen with a little help from Ms Cameron. It felt very cold and it promoted lots of language such as crispy, crunchy and soft. We hope it snows enough to make a larger snowman next time!

Jonah And The Whale

We read the story of Jonah and the whale and then we made a very large whale using collage. We acted out the story and pretended that we were inside Jonah's tummy. Lots of children thought of different things they could see inside the whale's tummy. We researched three different kinds of whale and found out that a killer whale is approximately seven children long! We used our friends to measure. Jonah and the whale prompted lots of mark making and some people even made a model of the boat on the stormy see and the whale from Duplo.

Week 2 - We have continued this week with the story 'The Magical Musical Box'. The children have played 'What is the sound in the box?' and also made their own musical instruments (popcorn shakers and rubber band banjos)

We have been using the nursery rhyme Incy Wincy Spider to help us measure. We made lots of different lengths of water spouts for Incy. Then we compared them to see which were short, long, shortest and longest. We also talked about positional language to decide where to place Incy on the spout. When we were finished we asked everyone if they were scared of spiders and made a class bar chart to show the results.

Today we learnt how to make our own popcorn/ The children observed the process of adding oil and sweetcorn kernels to a pan. We heated the pan and listened out for the popping of the kernels. We tasted the popcorn but will be using it next week to make shakers and food for the birds.MORNING CHILDREN

Welcome back after the Christmas break and a big welcome to our new starters.

This week we have been collecting sounds for the king's magical musical box. We made sounds using our voices then we made loud sounds and quiet sounds with the musical instruments. We had to collect all the sounds in the magic box so the king could have music to listen to at bedtime.

We then sorted our musical instruments into scrapers, shakers and tappers. It was great fun!

A very warm welcome to Morpeth All Saints CE Aided First School. We aim to provide each child with the opportunity to achieve his or her potential. We hope you enjoy looking at our website. At Morpeth All Saints we believe everyone should be treated with respect, friendship, forgiveness, love and honesty.
Cookie information
Cookie Notice