Learning with Love and Laughter

Year One attended a Hoopstarz Festival on Tuesday. They and great fun and learnt some new tricks (and so did some parents too)! 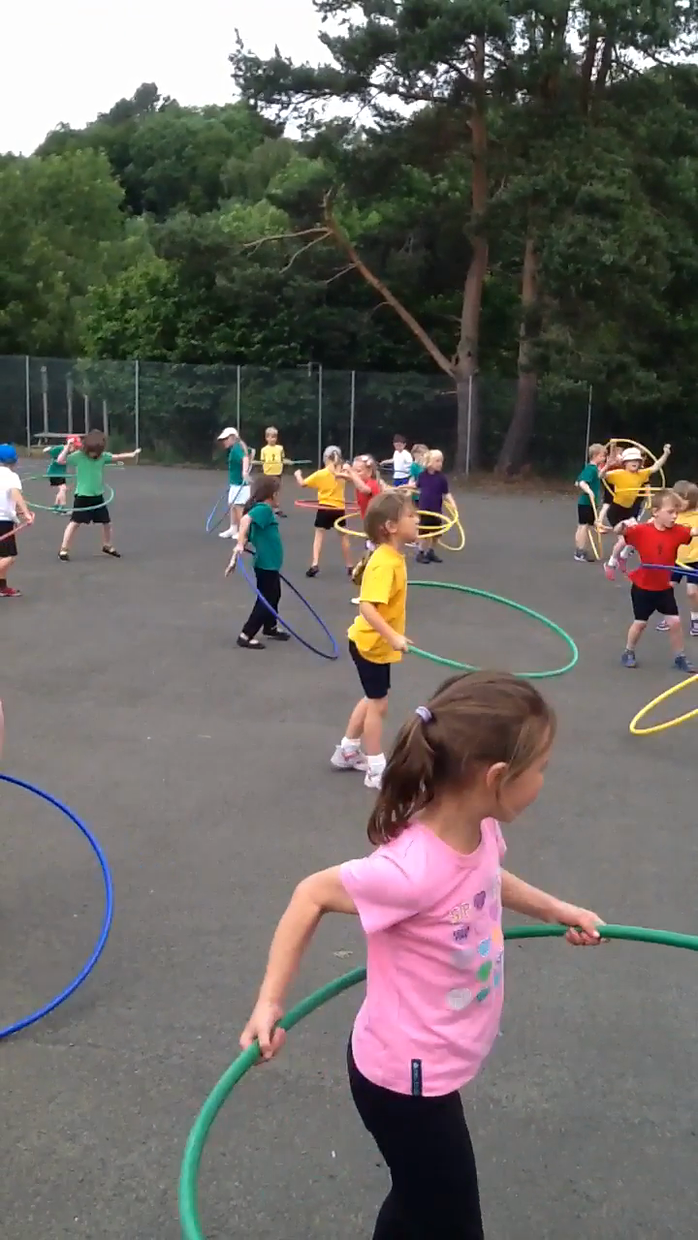 This week is Sports Week, each class will be participating in at least 5 hours of physical activity during the week. We will also be running our Sainsbury's School Games on the 26.06.15 and the EYFS Sports Day will be on 24.6.15 , we hope you all can join us .

On Friday, we raised money for Macmillan Cancer Research by joining in with Dress up and Dance Day. We had lots of exciting new dance moves to try and we would like to thank Claire from Tiny Dancers for giving up her time to run Street Dancing classes for each year group in the afternoon.

Bike Day was a great success, each class brought their bikes/scooters and took part in time challenges around the school field. We would all like to say a big thank you to Gordon Hodgson and Peter Fargher for running the day- we had lots of fun! Don't forget to check out the pictures below.

Year 3 and 4 have just completed their final session with Barry and Steve (NCFC). This half term they have been developing their skills in basketball and rugby. Below are the results from our pupil voice questionnaires.

91 % of pupils in Year 3 have enjoyed PE with Steve and Barry.

84% felt they knew how to behave safely in PE.

100% of Year 4 said they had enjoyed PE with Barry and Steve.

All pupils also said that they felt more confident following the training.

The final question focussed on behaving safely in PE, and again 100%  of Year 4 said they now knew how to behave safely.

A big thank you to Barry and Steve for all their support over the last two years.

Please follow the link below to look at the pictures.

There was an error processing this link (the page was not found).

On Thursday 7th May, while all the grown ups were voting, 17 of us from Red Class went to take part in the Morpeth and Ponteland Partnership Tennis festival.  From our 17, we entered two teams.  We were playing against 10 other teams from many different schools.

We played singles matches, and it was the first person to score 4 points who won each game.  Most of us played 5 games each.  We all won some, drew some and lost some however our tennis had definitely improved by the time the competition finished!

Unfortunately, Mrs Hughes forgot to take the camera.  In competition A we came 5th and in competition B we came 2nd. 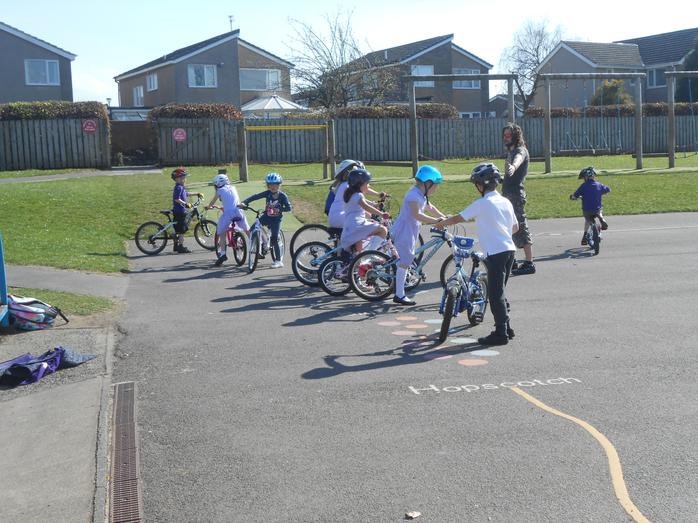 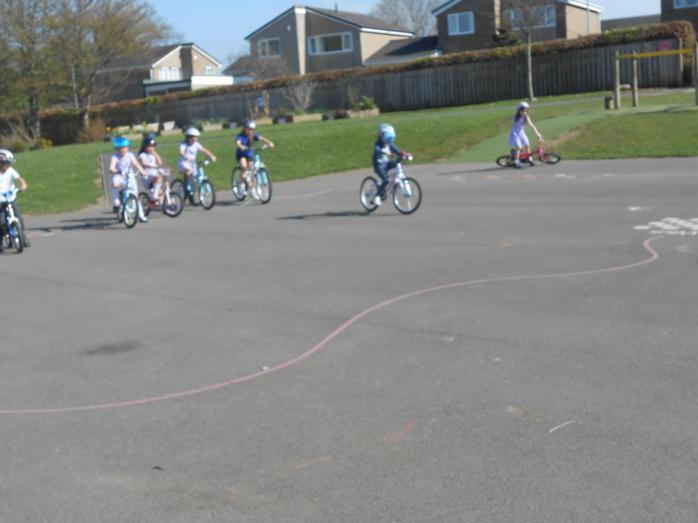 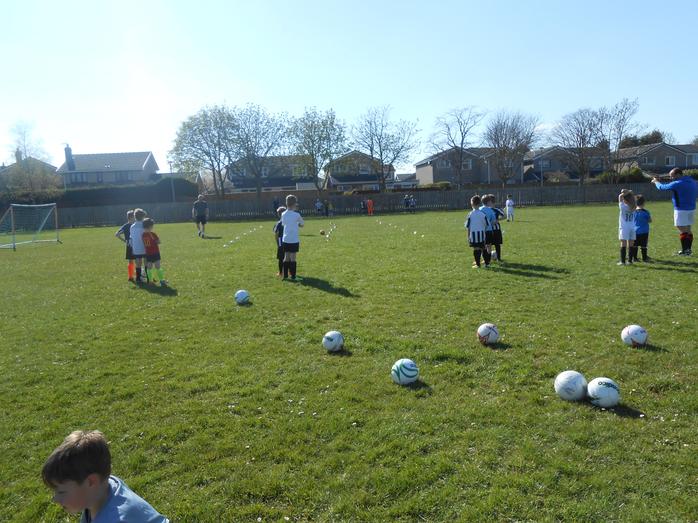 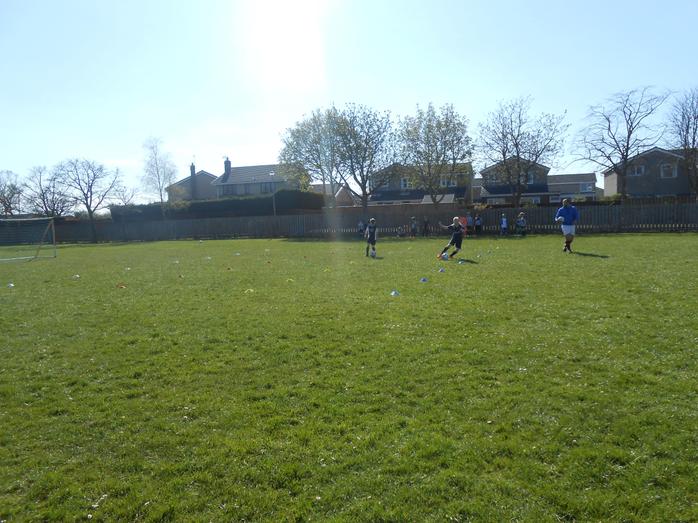 The whole school joined in with Skipping Day, we had lots of fun. Following the success of Skipping Day we sent out pupil voice questionnaires to Year 1, 2, 3 and 4 pupils.

Here are some of our results:

Well done everyone for participating.

As a result of Skipping Day and Power Hoop, we are now running lunch time clubs to develop our skills further.

Pictures will be coming soon.

Year 3 visited Morpeth Leisure Centre to take part in a Tri-Golf competition. Well done for taking part, it sounds like you had a fantastic morning, and you came 5th overall in the competition- congratulations!

Pupils from Year 3 and 4 have been auditioning to take part in a gymnastics competition against schools from across the county. Six pupils were selected, and below are some of the photos from the competition. We came in fifth position as a school. Individual results will follow shortly.

Year 4 have been taking part in the Orienteering Award with John from Navigate Northumberland.

They have had great fun; navigating the field, drawing, reading maps and working as a team.

To measure the impact of this, we conducted pupil voice questionnaires.

Year 4 were also asked what their favourite part of the course was ‘map reading in the rain, everything, the north, south, east, west quiz, and when we navigated ourselves around the field. ‘

They were also asked how they felt about orienteering before and after the training:

Year 1 have had Multi Skills this half term with Barry from NCFC. Some of the activities they have enjoyed the most include: Christmas Elves, Cups and Saucers and Spaceships.

From analysis of pupil voice questionnaires: 89% of Year 1 enjoyed Multi Skills and 93% felt more confident after the training.

Next, Year 1 would like to try: tennis, basketball, volley ball and golf - we will see what we can organise, well done Year 1!

The activities Year 2 have enjoyed the most:'playing matches, dribbling the balls, learning games,seeing the football in the net, tackling, warm ups.'

Areas they would like to improve: 'scoring more goals,tackling, dribbling, turning, shooting, be faster, learn to be not scared of the ball when it comes to me, side skipping.'

96% of Year 1 have enjoyed completing the Multi Skills training and 96% feel more confident in their own skills following the training.

The final scores were very close following the addition of the skills for life points and the overall winner with a total of 1200 ponts was St Robert’s 1.  Well done to them.

A very warm welcome to Morpeth All Saints CE Aided First School. We aim to provide each child with the opportunity to achieve his or her potential. We hope you enjoy looking at our website. At Morpeth All Saints we believe everyone should be treated with respect, friendship, forgiveness, love and honesty.

Unfortunately not the ones with chocolate chips.

Some cookies are necessary in order to make this website function correctly. These are set by default and whilst you can block or delete them by changing your browser settings, some functionality such as being able to log in to the website will not work if you do this. The necessary cookies set on this website are as follows:

Cookies that are not necessary to make the website work, but which enable additional functionality, can also be set. By default these cookies are disabled, but you can choose to enable them below: